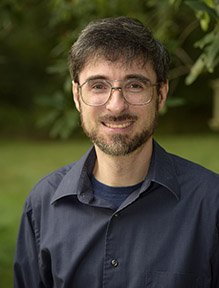 In this special program, world-renowned ethnomusicologist, musician, and NEA National Heritage Fellow Dr. Phong Nguyen will share his knowledge of Vietnam's wealth of Buddhist musical traditions, demonstrating numerous distinct styles of recitation, cantillation, hymn singing, and chant while accompanying himself with a variety of traditional percussion and string instruments. Translations and insights into the texts will be provided.
‍
David Badagnani

$10 suggested donation (or pay what you can) preceded by 7:30 p.m. meet-and-greet featuring light food and drinks 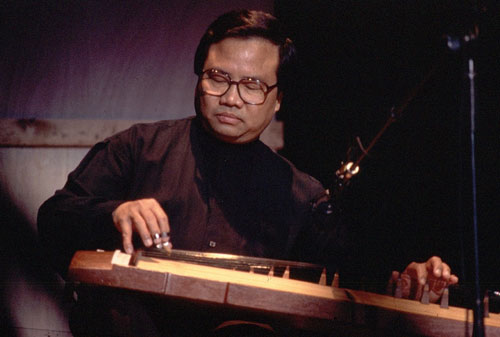 Born in 1946 into a family of traditional musicians in the Mekong Delta of southern Vietnam, Phong Nguyen (full Vietnamese name: Nguyễn Thuyết Phong) showed early musical talent, and, at the age of seven, his fine singing voice attracted the attention of the Elder Venerable (Hòa Thượng) Thích Thiện Đạo, the abbot of Thiên Phước Monastery and the senior Buddhist monk of the entire Mekong Delta region, who happened to be visiting Phong's home village of Tam Ngãi. The abbot offered Phong the opportunity to become a novice at Thiên Phước Monastery in Cần Thơ Province (located a half day's journey by boat from Tam Ngãi), where he could obtain training in Buddhist chanting, and he and his family accepted.

For the next ten years, Phong received a thorough religious (and musical) education from the monks at the temple, while at the same time pursuing academic studies at the local public school as well as learning various genres of traditional music and theater. After seven years, he was ordained as a Reverend Bhikkhu (called Đại đức in Vietnamese). He returned to the temple for further study, eventually being appointed Venerable Bhikkhu (senior Buddhist monk) before assuming the position of
principal of a high school in Saigon.

In 1974 he received a bachelor's degree in Buddhist studies (with a concentration in Vietnamese Buddhist literature and philosophy) from Saigon University, before leaving Vietnam to pursue postgraduate research in Japan on the subject of educational technology for use in the high school curriculum, under the sponsorship of the Ministries of Education of Vietnam and Japan; while there, he also conducted informal research into Japanese Buddhist chant.

Dr. Phong is today one of the world's foremost authorities on the subject of Vietnamese music. He has taught at the University of Washington, UCLA, Kent State University, the University of Michigan, and
Mahasarakham University, and, in 2004-2005, under the auspices of the Fulbright Foundation, he helped to establish the ethnomusicology program at the Vietnam National Academy of Music (formerly called the Hanoi Conservatory of Music), the preeminent classical and traditional music teaching institution in Vietnam. He has contributed articles to such standard reference works as The New Grove Dictionary of Music and Musicians, The Garland Encyclopedia of World Music, and an encyclopedia
of world music published by the  Iwanami Shoten publishing house in Tokyo, Japan. In 1997, in a ceremony held at the White House, he was awarded the National Endowment for the Arts National Heritage Fellowship, the U.S.'s highest honor in the folk and traditional arts.

Dr. Phong has performed and lectured throughout the United States, as well as in Canada, France, the Netherlands, Germany, Switzerland, Spain, the United Arab Emirates, China, Hong Kong, Taiwan, South Korea, the Philippines, Thailand, Malaysia, and Vietnam. With his Phong Nguyen Ensemble, he has performed at such venues as the Cleveland Museum of Art, National Folk Festival, Kennedy Center, and Library of Congress. He has released CDs on the Lyrichord, Music of the World, and White Cliffs Media labels. He has also received grants from the Rockefeller Foundation, Ford Foundation, Andrew W. Mellon Foundation, National Endowment for the Arts, Asian Cultural Council, and Henry Luce Foundation.

For the past three years, Dr. Phong's field research has focused on Buddhist musical traditions of Cambodia, Myanmar, Indonesia, and the Himalayas, working toward a projected future publication entitled "Buddhist Music:  A Global Perspective." Over the past decade, he has also researched the musics of Thailand's minority ethnic groups, and has participated in an ongoing interdisciplinary project called "Song of the Mekong" since 2016.
‍

‍The North Water Street Gallery is conveniently located just a block north of the intersection of Main and Water Streets in Kent, Ohio, with free street parking on both sides of the street. Seating is limited, so arrive early for the best seats.

Established in 2015, the "Around the World" Music Series is a concert series presenting outstanding musicians from diverse cultures in an intimate setting.

Concerts are held approximately every other month in the new theater space of the North Water Street Gallery in downtown Kent, Ohio.

The series is an initiative of Standing Rock Cultural Arts, and is curated by ethnomusicologist David Badagnani. The series is made possible by the support of Drs. Terry E. and Sara Stone Miller and the Ohio Arts Council. 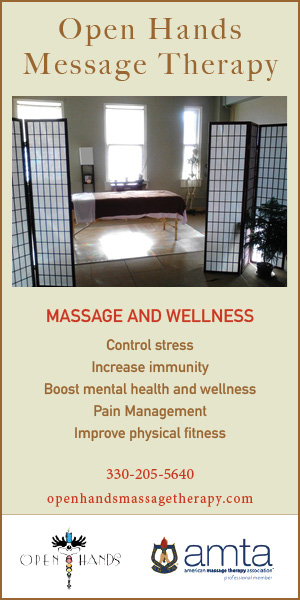 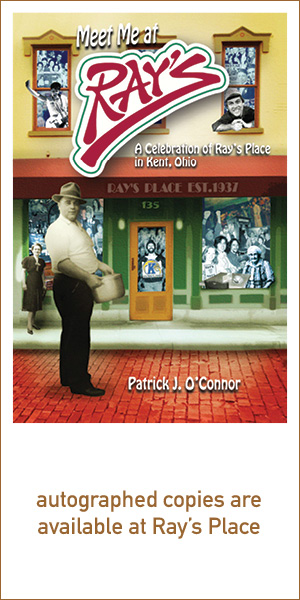 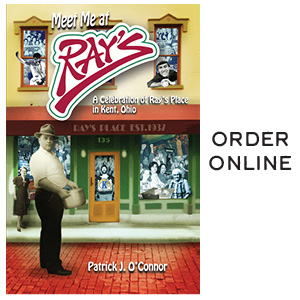