The Road Less Traveled is a recurring feature that describes the path creative, interesting people took to get to where they are in life. Most creative people have traveled very interesting paths to get to where they are … usually zig-zagging a lot, shifting artistic gears, retracing steps, exploring new passions, revisiting previous works, failing a whole bunch, and generally bouncing back often. All these experiences are part of their creative profile and serve to motivate and inspire them. This feature tells that story. This issue of The Road Less Traveled explains the path of Sports Hall of Famer, Bill White.
‍
Dr. Patrick O'Connor 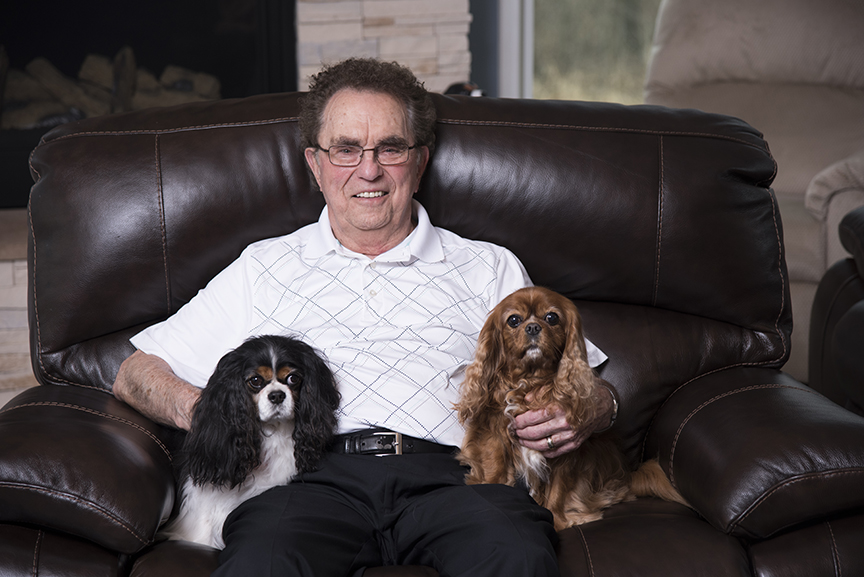 The Road Less Traveled is a recurring feature that describes the path creative, interesting people took to get to where they are in life. Most creative people have traveled very interesting paths to get to where they are … usually zig-zagging a lot, shifting artistic gears, retracing steps, exploring new passions, revisiting previous works, failing a whole bunch, and generally bouncing back often. All these experiences are part of their creative profile and serve to motivate and inspire them. This feature tells that story. This issue of The Road Less Traveled explains the path of Sports Hall of Famer, Bill White.

Bill White starts each day with at least one positive thought. Bill celebrated his 90th birthday in February 2018 so that is a whole lot of positive thoughts over the years! Bill has worked for 77 of his 90 years, starting at age 13 working for 25 cents per hour. If he worked full time at that pay rate, he would have earned about 10 dollars per week or 500 dollars for the year.

Before the days of automated/mechanized systems to clear away and reset pins for bowlers, teenagers like Bill worked at the back of the bowling lane. The pinboy would clear away pins that were down after the bowler rolled the first ball, roll the ball back to the bowler, and repeat after the second ball was delivered. Then, he would reset all ten pins for the next bowling frame. Often the pinsetter worked two lanes at a time. Imagine the balls rolling and pins flying constantly on both lanes. You had to be alert and respond quickly to do this very demanding physical work. And, there was very little room for error. Pinboys were paid a nickel per game per alley. On a real busy day, a pinboy could make as much as a dollar and a half! This experience would serve young Bill very well for the rest of his life.

Manual pin setting was phased out in the mid 1950s when the first machines were invented to do the work. Technology replaced Bill’s pinboy job but his interest in bowling was just beginning. Over his extensive career, he has worked from pinsetter to owner of five bowling centers and everything in between.


“Grew up the Hard Way”
Bill “grew up the hard way” without indoor water/plumbing and at times, no electricity. He grew up in Mt. Hope in rural Mid-East Ohio (aka Amish country). He once attended a school with one teacher who taught grades 1 – 8 in the same room. His dad died when he was eight which required him to work as a laborer to help support his family. His mother worked hard raising a family with minimal resources. Her strong work ethic and their family situation set the stage for a serious work ethic for Bill that lasts to this day. His work ethic also transferred to the playing field as Bill was an outstanding athlete with offers to play professional baseball as young as 16.

Like many who have earned their share of the American Dream, Bill did it through hard work and education.

Work
Bill worked hard supporting his family at various odd jobs as a laborer, farm worker, and pinboy. This was up to age 17 when he left high school to join the Navy in WWII. He was on a troop ship in 1945 headed for Japan when the bombings on Hiroshima and Nagasaki occurred. The ship reversed course

After the war, he worked as a machinist for about 15 years. While working full time as a machinist, he worked part time at a bowling alley pro shop and kept an active bowling schedule of his own. He developed into a major player in bowling at local, regional, and eventually, the national levels. From 1960 to 1961, he toured on the professional bowling tour.

His professional bowling experiences scaled back in the 1960s and he began managing his first bowling center. This would lead him to becoming an owner in 1969. He continued to run bowling centers, eventually owning and managing five through 2017 for a total of 48 years.

Bill is very proud that he had no alcohol violations in all his years owning bowling centers. He is also proud that he never missed a payment on his business loans. He also takes great pride in the hundreds of employees who worked with him over the years. He rarely had to fire an employee as most eliminated themselves due to poor performance. Most left for other opportunities or because they retired!

He considers many of them to be lifelong friends. One of those employees was Ray Salitore, the original owner of Ray’s Place in Kent, who worked as a bartender for Bill in the mid 1960s.

Education
Bill has been an excellent student and advocate for education since his earliest memories. His education included formal schooling, but much of it came on the job and through the school of “hard knocks”. His family moved frequently during his childhood, yet he excelled in mathematics at all 12 of the schools he attended! This is a remarkable achievement as frequent relocating often leaves students behind academically. Bill left school in 1945 with just a few credits remaining to graduate. In 2001, he received his high school diploma from Kent Roosevelt. From a one-room schoolhouse to receiving a high school diploma at age 74, education has been a constant for Bill.

“Tiger” White
Sports (mainly bowling and baseball) has been a main theme for Bill his entire life. He has experienced sports from virtually all possible perspectives. He went from local sports in rural Mid-East Ohio to the top of the professional bowling world as “Tiger” White. His list of sports achievements is indeed a long one. Many people in the bowling world consider Dick Hoover to be one of the best professional bowlers of all time.

Bill also has the very rare distinction of being in two halls of fame with his son, Stan. They are both in the Summit County Baseball and Portage County All Sports Hall of Fame. This has to be one of the very rare feats of all; a father and son in two sports halls of fame together. Stan White recently published a book about the Baltimore Ravens football team and dedicated the book to his two fathers; his dad and his Lord.

Bowling: A Sport for Life
Bowling has become an extremely popular high school sport in recent years for both boys and girls with hundreds of schools in Ohio participating. Bill was on the ground floor of that popularity. He stays active supporting high school programs and tournaments. Bill and his wife Eddye started bowling scholarships 10 years ago for high school bowlers in seven local high schools. This is especially close to Bill’s heart, as he wants young people to gain the many benefits he has enjoyed from bowling. The Portage Foundation coordinates the scholarship.

Bowling is a lifelong sport that can be done individually, in teams, in leagues, for competition, or just plain fun with family and friends. Startup costs are minimal compared to other sports. In addition, high school bowling tends to appeal to a student who would be unlikely to participate in the traditional competitive sports such as basketball, baseball, and others. Bowlers are usually single sport athletes whereas many student/athletes compete in multiple sports. Bowling provides numerous advantages for students who participate. For example, students who apply for the Bill and Eddye White Bowling Scholarship write an essay about how competitive bowling has helped them in their lives. In the essays, students frequently comment on the value of bowling to their maturity, self-discipline, goal setting, and academic success. Students also report bowling helps them manage their personal lives and their time. The students receiving the scholarship reflect many of the same qualities that have made Bill successful in his life. Many of these high school bowlers even follow Bill on his Facebook page!

Bowling coaches also comment that coaching bowlers is quite different from other sports. Bowlers compete against themselves rather than each other. They all share a love and respect for the game that connects them as a team.

Changing Lanes
How do you go from near constant work for about 75 years to a retired lifestyle? Bill is slowly adjusting to a different lifestyle and daily schedule. His energy level remains as high as ever. His intense work ethic keeps him from looking over his shoulder or “rusting on his laurels”. He splits his time between charitable efforts, socializing with family and friends, promoting high school bowling, and consulting with bowling centers. He spends as much time as possible with his wife Eddye, three sons (Stan, Jesse, and Bill Jr.), 9 grandchildren, and 19 great grandchildren.

In addition to supporting high school bowling, he is still on call with the owners of some of the bowling centers he sold. “Sometimes, I’m the only one who knows where some things are.” He assists when called upon. Many of the employees Bill hired and developed still work at the bowling centers. He takes great pride in their success.

Bill is also getting more active with his community and various causes that are dear to him and his wife Eddye. “The community helped me get where I am, so now it’s my turn.” In addition to all their support for high school bowling, they are involved with the Madonio family animal programs including Paws-in-Motion, Portage County APL, Happy Trails Animal Sanctuary, Rose’s Rescue and Dog Days of Summer. The Dog Days of Summer event in downtown Kent features the Bill and Eddye White “Strut Your Mutt” parade.

Bill also serves on the board of the Family and Community Services of Portage County. He and Eddye are also active in the Love on a Leash
program. This program provides comfort dogs to hospital patients at University Hospitals Portage Medical Center. The stars of the show are their five Cavalier King Charles spaniel dogs.

A Hall of Fame Life
Bill has earned the respect of virtually everyone he has met in his 90 years. Along with their respect, he has earned their affection. Bill is an easy man to like and as a result has made many, many friends over the years. Almost 300 of them showed up to celebrate his 90th birthday at the Kent American Legion hall!

Another good example of the affection people have for Bill was evident in preparation for Bill’s Road Less Traveled. We were having lunch on his birthday at Twin Star Lanes (where else?). He invited me as his guest. I told him I should be treating him since it was his 90th birthday. “No, you’re my guest”, he said. This is a good example of why people like Bill. He invites you to lunch on his birthday and picks up the tab!

In the middle of our lunch and conversation, an announcement came over the loud speaker informing everyone that Bill was celebrating his birthday (though I think they all knew it anyway). Everyone in the bowling alley; customers, employees, and his many friends in the Bill White Senior League stood up and sang him a robust version of happy birthday. Probably over a hundred people! Things like that happen to you when you have led a Hall of Fame life. It was an honor to be there and be part of it. Thanks for the lunch Tiger. 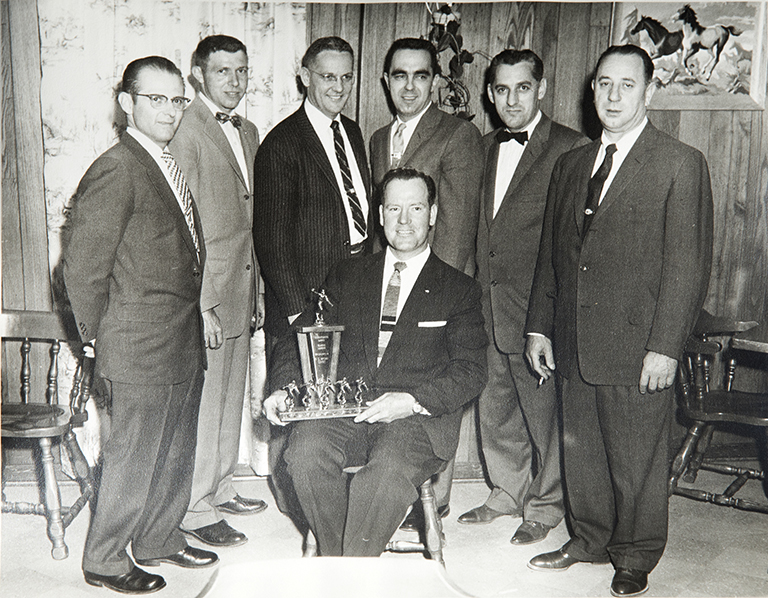 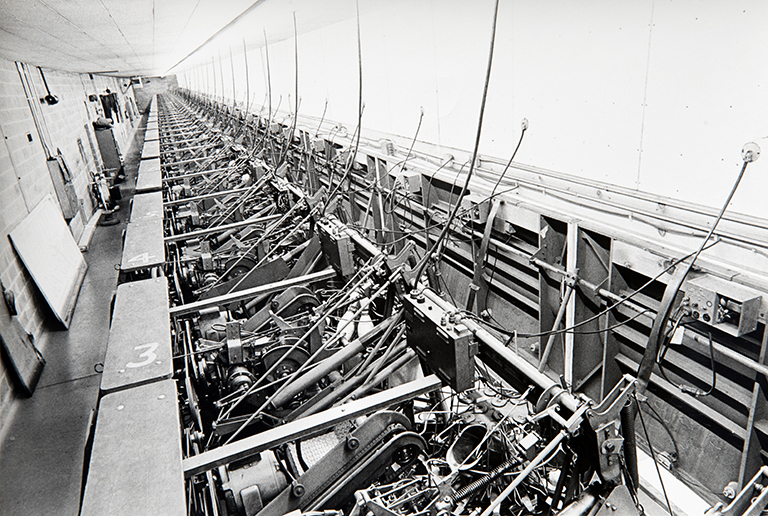