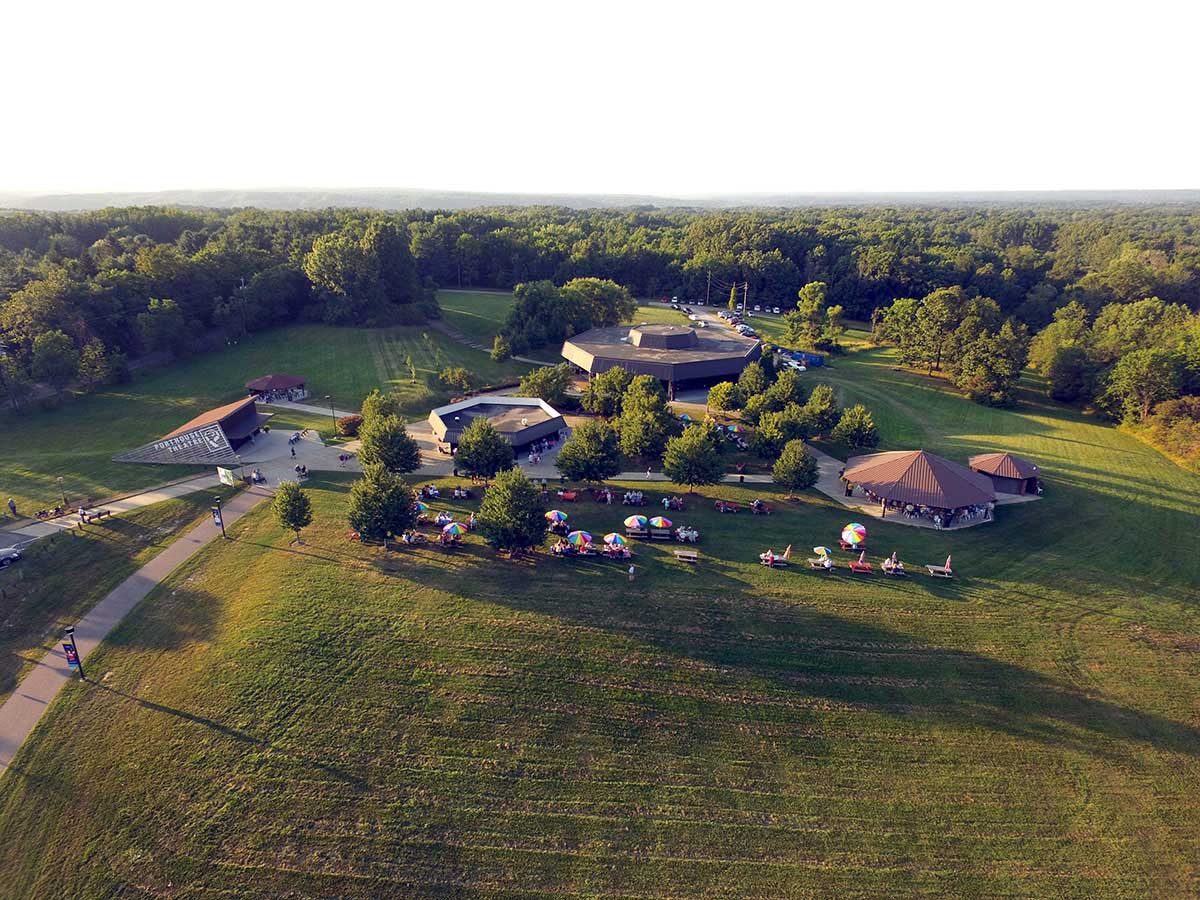 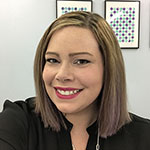 Walking into the “Meet & Greet” on the first official day of Porthouse Theatre’s season is a bit of a combination of the first day of school and a family reunion. More than 125 people stream into a theatre in Kent State’s Center for Performing Arts clutching scripts, costume renderings, cups of coffee, and muffins. Old friends and Porthouse veterans laugh, hug, and reconnect while first-time company members gaze around the room in nervous anticipation of what the next 12 weeks will bring.

Shortly after 10 am, the room quiets. Welcomes are given, announcements are made, and soon Porthouse Theatre’s Producing Artistic Director Terri Kent takes center stage and asks everyone to stand. It’s time to begin the season with a Porthouse tradition. Over the course of the next several minutes, Kent asks the assembled Porthouse company to sit based on how many years they have been associated with the theatre.
‍
First-timers sit first, followed by those who have been with the theatre for only a handful of seasons. By the time she reaches 10 and then 15 years, a surprising number of company members remain standing. Eventually, only a few still stand—company members like Kent herself who made her professional acting debut at Porthouse in 1983, Executive Producer Eric van Baars who first worked at Porthouse in the early 90s, and Associate Artistic Director and Production Manager Karl Erdmann, who takes the prize year after year as the son of Porthouse co-founder Louis Erdmann.

The exercise, carried out every year, demonstrates what makes Porthouse Theatre special. For many Company members, Porthouse isn’t merely a summer job—it’s a life changing experience where strangers transform into a family that stays in touch and often returns to Porthouse, time after time. Indeed, as Kent explains to the assembled Company, Porthouse Theatre is a family—from the actors on stage to the staff backstage to the patrons in the audience. And that family quality, from 1968 through today, is what allows Porthouse to thrive. Because, at 50, Porthouse and its family is better than ever.

An Agreement and a Pledge
Porthouse Theatre’s story began in 1968 with an agreement between Kent State University and the Cleveland Musical Arts Association, the parent company of the Cleveland Orchestra. Thatyear, Kent State University president Robert White and Musical Arts Association president Frank E. Joseph formally announced a partnership between the two organizations to develop educational and cultural facilities on 37 acres of university-owned land adjacent to the newly constructed summer home of the Cleveland Orchestra; Blossom Music Center. Though originally conceived to focus mainly on the School of Music, the partnership quickly expanded to include theatre and art as well, becoming Blossom Festival School programs.

When the time came to plan for facilities on the university’s Blossom-adjacent land, Kent State University trustee Cyril Porthouse and his wife Roberta answered the call. In October 1969, an announcement was made at the university’s annual alumni homecoming luncheon that the Porthouse’s were making a $60,000 challenge gift to jump start the construction of a theatre at the Blossom site. This gift, as well as funding provided by Gerald and Victoria Read, allowed the university to fulfill its plans and construct the Porthouse Theatre and Read Pavilion in 1970.

The Show Must Go On, Even If It’s In A Tent
The founders of Porthouse Theatre, theatre professors Louis O. Erdmann and William H. Zucchero, wasted no time in getting Kent State’s summer theatre program off the ground in the summer of 1969, months before any funding was secured to construct the building. That July, the first KSU-Blossom Center Repertory Company began performances of Arthur Miller’s Death of a Salesman and Tennessee Williams’ A Streetcar Named Desire in E. Turner Stump Theatre on the campus of Kent State. To ensure that the connection to Blossom Music Center wasn’t lost, the Company also performed as strolling players on the grounds of Blossom prior to concerts.

By the following summer, construction of Porthouse Theatre was well underway with a planned opening date of July 25, 1970. But when construction delays threatened the start of the season, the Blossom Festival School Theatre vowed that the show would go on.

And on the show went, in a large tent that had been assembled in the soon-to-be opened theatre’s parking lot. That summer, the 24 members of the repertory company performed Golden Boy and How to Succeed in Business Without Really Trying in the makeshift space with the nearly complete theatre rising in the background.

Less than two years after the original challenge gifts were made and three years after the Kent/Blossom partnership was formalized, Porthouse Theatre was officially dedicated on July 7, 1971. The dedication, as Kent State president Robert White described, was a step forward in a dream. It’s a dream that grew over the decades and now, nearly 50 years later, that dream continues.

Over the years, the Porthouse Theatre summer program has been called many things. It has gone from producing four to five repertory productions per summer in two locations to three consecutive musicals, all on the Porthouse stage. Attendance has skyrocketed, tickets are no longer $3.00 each, the Company now boasts close to 150 members each year, and Porthouse’s physical plant has expanded by nearly 100 acres and 3 permanent structures. The faces have changed too as one generation of Porthouse staff and students made way for the next and the next. But Porthouse Theatre’s mission—to train student theatre artists from around the country in a professional environment—remains the same.

Through the 1970s and 1980s, Porthouse grew and challenged itself, staging dance and light opera as well as theatre productions. Seasons were sometimes presented thematically, like 1973’s western motif that included screenings of classic western films or included inventive takes on established shows such as the 1979 production of Jesus Christ Superstar, designed to be set on the Great Lakes waterfront of the 1930s.

While Porthouse continued to grow, an era was also coming to an end as by the mid-1980s William Zucchero and Louis Erdmann were ready to retire. Together, the dynamic duo had crafted Porthouse into a program that guided and nurtured student artists and prepared them for professional careers beyond a university setting. Several of the students under their tutelage, such as Tony Award winner Alice Ripley (Next to Normal) and Emmy Award winner Jeff Richmond (Mean Girls the Musical, 30 Rock, Unbreakable Kimmy Schmidt), went on to considerable success in theatre, film, and television.

Coming Full Circle
While the late 1980s ended one era at Porthouse, the start of the 21st century ushered in a new one. By the mid-1990s, Terri Kent and Karl Erdmann, who had met at Kent and Porthouse and been friends for more than a decade, both found themselves back at Kent State. And when Kent was named artistic director of Porthouse in 2001, it was very much like a homecoming. Members of the generation that had learned from Porthouse’s founding fathers were now the ones guiding the ship.

Under Kent’s leadership, Porthouse Theatre has blossomed. The theatre’s subscriber base has grown nearly 400% and in 2018 will likely reach a record 4,000 season ticket holders. The seasons have been streamlined and tailored to benefit both the audiences and the student artists. Porthouse now presents three musicals per summer and fully employs artists-intraining and professionals in all areas from actors, stage managers, and designers to company managers, technicians, and front of house staff. Porthouse’s educational components have expanded as well with the introduction of academy programs for high school, college, and international students.

As it celebrates its 50th Anniversary Season, Porthouse Theatre truly is fulfilling both the dreams set out by Kent State and the Cleveland Orchestra’s leadership and the road that was paved by Lou Erdmann and Bill Zucchero. Porthouse isn’t merely a place to see or perform in a theatre production. Porthouse is an experience. Like its company members, Porthouse’s patrons return year after year, often arriving more than an hour before the show begins to picnic on the grounds and enjoy Porthouse’s extensive grounds.

2018 not only marks Porthouse’s milestone anniversary but also the end of a $1 million capital campaign initiated by the Gregory Hackett Family Foundation that, over the last 4 years, has allowed Porthouse to shine even brighter. A feature wall emblazoned with the Porthouse Theatre name and its iconic logo now greets visitors as they enter Porthouse’s grounds past a newly constructed box office.

Porthouse’s 50th Anniversary Season, officially opening on June 15 is a celebration of Porthouse’s past and a nod toward its future. The theatre will remount productions of 2008’s Anything Goes and 2003’s Oklahoma! and, for the first time, present the Pulitzer Prize winning Next to Normal, for which Porthouse alumna Alice Ripley won a Tony Award in 2009.

Many familiar faces will be back at Porthouse this summer, both on stage and off. And, on May 29 when the 2018 Porthouse Theatre Company gathers for the first “Meet and Greet” of the season, it promises to be the beginning of an especially meaningful summer.