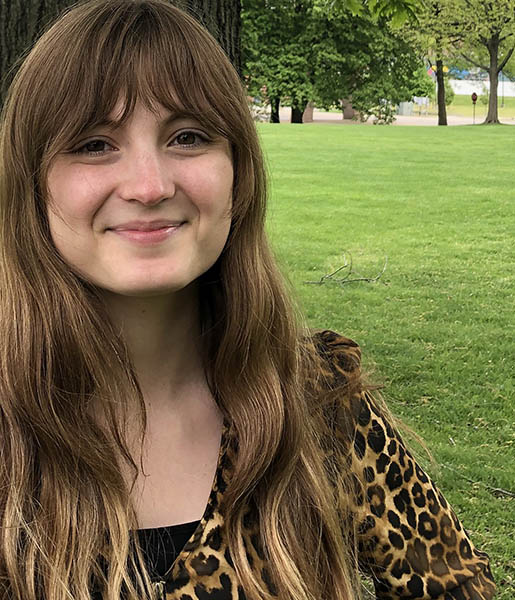 Expands Partnership with Kent State through Faces of Akron Project 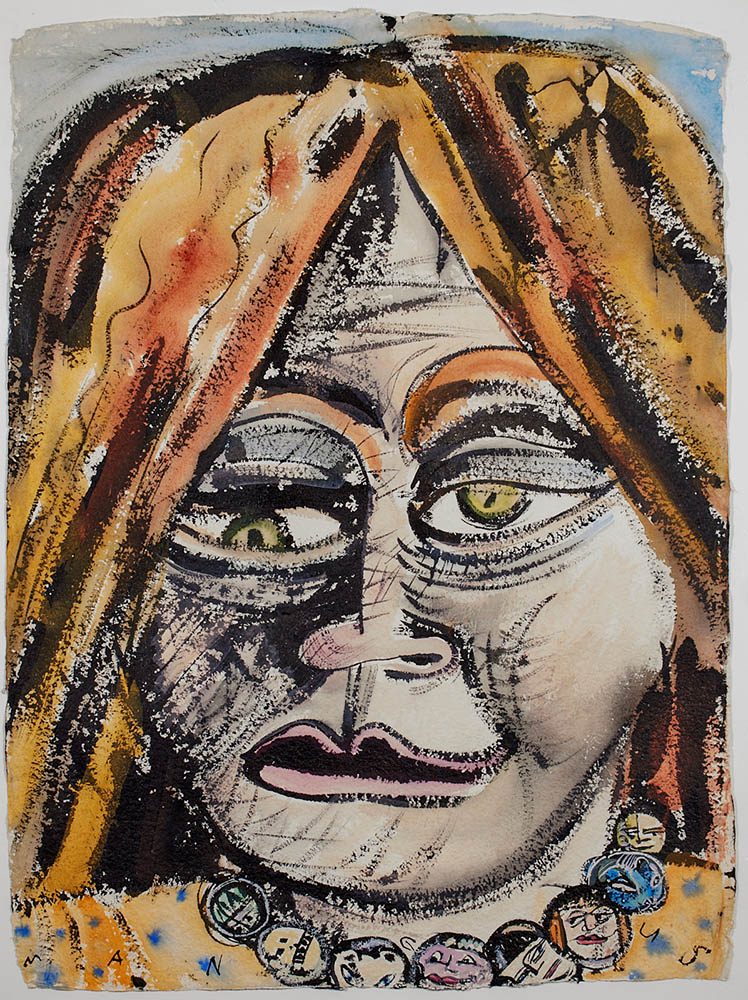 Internationally-renowned artist and beloved Kent State University faculty member Kirk Mangus (1952-2013) loved painting people he knew from memory. “When I go into the studio, I paint and draw from memory, observations, and interpretations. This process transforms the images into an abstract realm—a dream world where memory and legend take on a different perspective. Anything is possible,” Mangus remarked in 2012.

Mangus’ vision to celebrate Akron’s diverse population through portraiture has been carried on at Summit Artspace for over a decade. The 225-foot-wide by 9-foot-high Kings and Queens mural, located in Summit Artspace’s parking lot, depicts the faces of people representing the various ethnic groups in Akron. Mangus and 25 Summit County teens painted the mural in 2006 with funding from Summit County, the National Endowment for the Arts, and the Vernon L. Odom Fund of Akron Community Foundation. These portraits embrace a raw perspective on humanness and are both humorous and empathetic. 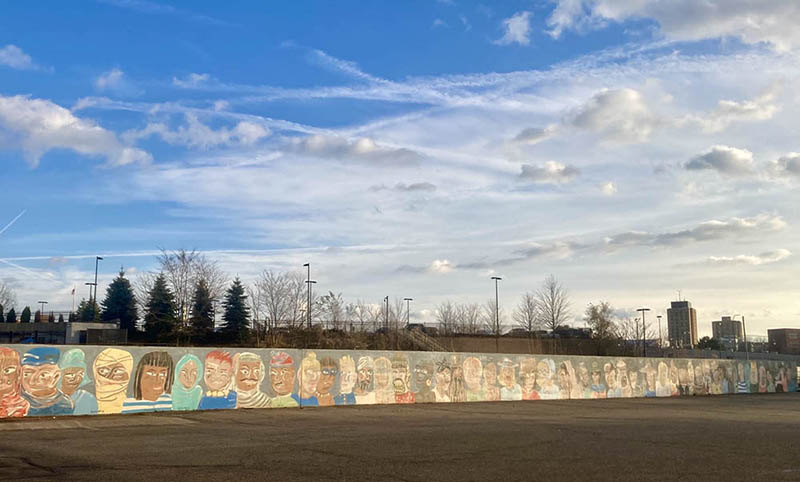 The mural is a result of Mangus’ intent to document the heritage of all the immigrants who came to live in Akron. “He had a profound interest in storytelling and capturing the essence of the people he met in his world travels,” internationally-acclaimed ceramicist and former Kent State faculty member Eva Kwong, Mangus’ widow, explains. “Kirk would say, ‘They are all beautiful people.’”

Over time, the mural deteriorated due to continued exposure to the elements. The Ohio Arts Council (OAC) awarded Summit Artspace an Arts Resilience Initiative grant to restore and document the mural and further develop Mangus’ concept through a community-based project called Faces of Akron.

Eva Kwong spearheaded the Kings and Queens mural’s restoration this past spring. “I assisted my late husband, Kirk Mangus, with the original mural and worked with some of the students,” noted Kwong. “This new phase revitalizes and extends Kirk’s original vision.”

In addition to restoring the mural, Kwong currently has a solo exhibition in Summit Artspace’s Main Gallery titled Love Between the Atoms that features organic-inspired sculptures and two-dimensional work. The imagined biomorphic forms created in ceramic and three-dimensional printed sculptures elegantly reference natural specimens, such as cells and seeds, that remind us of the preciousness of life.

Kwong is a hybrid of many cultural influences. She was born and raised in Hong Kong, where she lived until she was thirteen years old. She then moved to New York with her family. Growing up in two cultures and speaking two languages encouraged her to see things from many points of view. “In my practice, I want to create forms that are simultaneously familiar and unfamiliar. My work comes from my wonderment of the natural world and where my place may be within it. I look for the interconnections between microcosms and macrocosms, between the inner world of my body and the external world I live in,” Kwong explained.

In addition to Kwong’s solo exhibition, she also brought some of Mangus’ pieces to Summit Artspace to be exhibited alongside her own. The exhibition of Mangus’ work is titled My Favorite People. His drawings and watercolors on view echo the style of the portraits in the Kings & Queens mural.

In collaboration with the Kent State University School of Art’s art history department, Summit Artspace created online didactics for the mural to share its cultural history and document Mangus’ legacy. Two Kent State art history students, riana Parry and Sarah Tomasko, mentored by Professor John-Michael Warner, brought their formal training in the history of art to help preserve the cultural history of the iconic mural by collecting oral history from Kwong to create the didactics.

The OAC grant also supported the commission of a new community-based digital mural titled Faces of Akron, led by Alexandria Couch, a professional artist originally from Akron and now an M.F.A. student at Yale University. Couch selected five local artists—Hope Hickman, Christine Ries, Micah Kraus, Meryl Engler, and Sylvia Sykes—to create portraits of community members as an homage to the original mural and to showcase Greater Akron’s diversity in 2022. The community members selected were Sharon Connor, Dara Harper, Lolo Mangual-Lenke, Debbie Schinker, Derek Tholt, and Gwen Waight. The portraits are on view at Summit Artspace through September 17 and were digitized into a virtual mural and are featured on Summit Artspace’s website here.

Summit Artspace is located at 140 East Market Street in Akron, Ohio and is open to the public on Fridays from noon-7 p.m. and Saturdays from 11a.m. - 5 p.m. For more information, please visit summitartspace.org. 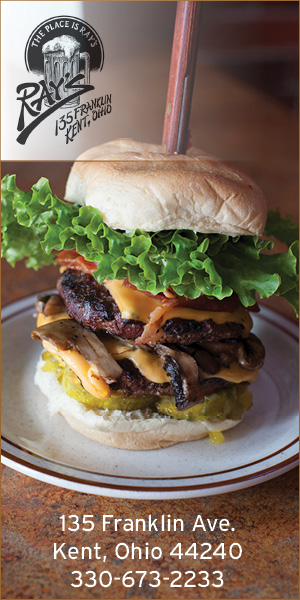