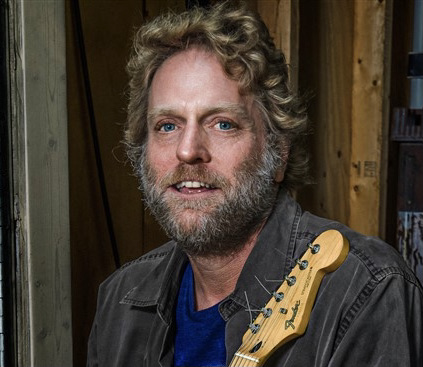 A Walk Across The Day: A gifted musician’s august traverse 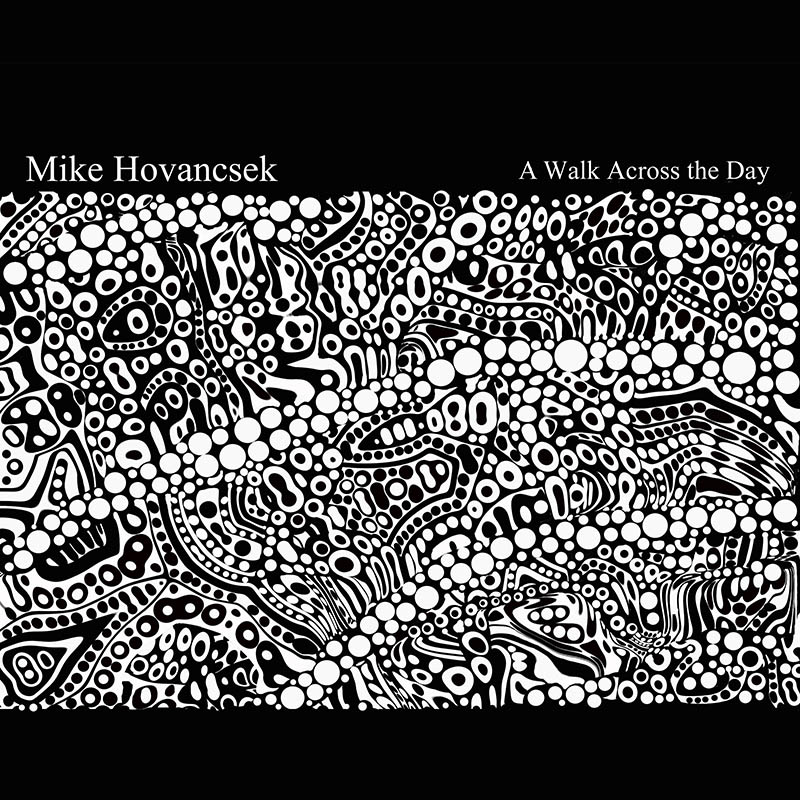 For those that have followed the indelible career of multi-cultural musician, Kent’s very own Mike Hovancsek, we surely anticipate listening to something entrenched in the unknown, and possibly the insecure, as if dropped off into secluded, crepuscular woods and challenged to find our own way through. If one could traditionally speak of his work, this musical uncertainty tends to reveal itself in bold experimentation that culminates in a lengthy trek of the heart, mind and soul. Mike’s music is ofttimes improvised with a scheme in mind, but it is generally accompanied with his imperfect ability to orienteer uncharted melodic and tonal trails, as if diverting paths in the landscape was an acceptable trade.

After decades of honing his veracious craft, Mike brings forth his latest meditative triptych, A Walk Across The Day, a 3-song affair which comes after a period overcoming some sage, personal self-doubt. A lifelong artist can and will experience creative chasms, stymie forward movement and leave them feeling as if the hill crest, or the plateau, is no longer attainable – that the horizon may never find them in their aging. But as expected, Mike’s resilience and purpose will always be akin to an espalier in the copse – one who designs sensual delights to be stumbled upon but not always experienced on the towpath. There was never going to be any other course. This latest release exemplifies that beauty does indeed come from lost, treacherous, dark parts of the world where isolation and strength grow a form of sustainability – like moss. 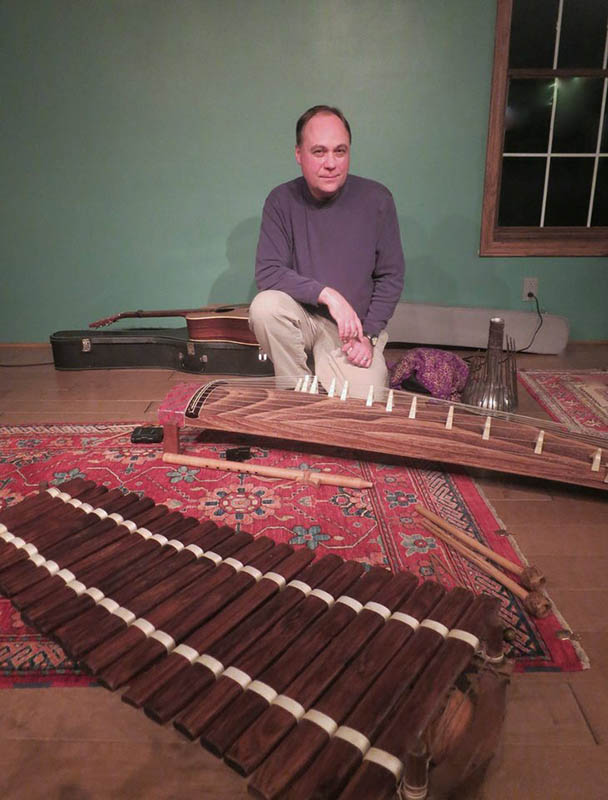 Mike Hovancsek after a performance at Yoga Central in Canton

At first hearing A Walk Across The Day, one will sense the usual serene approach which is common in Mike’s spectrum and scope, maybe feeling that nothing new is going on here. But if you are able to hack the full hour for this hike, the confident tranquility can be absorbed as it brings a beating heart to a gentle pulse. The idiosyncratic thread to Hovancsek’s work lies in the brilliant blend of exotic instruments combined with an ethereal transport of emotion to a panorama of sunsets, storms, and sidereal images. Mike’s panoply of instruments consists of koto, sitar, guitar, Native American flute, balafon, gongs, chimes, waterphone, water drum, ba-wu, tambura, tambourine, kalimba, frame drum, dumbek, djembe, clay whistle, and saz – a deliberate, yet innocuous showcasing of sounds and aural stimuli.

Technically speaking, the album is nicely mastered. The softest of tones segue charismatically into a percussive upstart three-quarters in, when the meditative stroll risks carrying on too deep into the timber. But the tardigrade momentum returns to bring the album some oriental and middle eastern contrast. It commences to feels like a setting sun in the thicket that alights the pockets in the canopy and pulls the ears back into a deep search for an opening to hopeful closure. 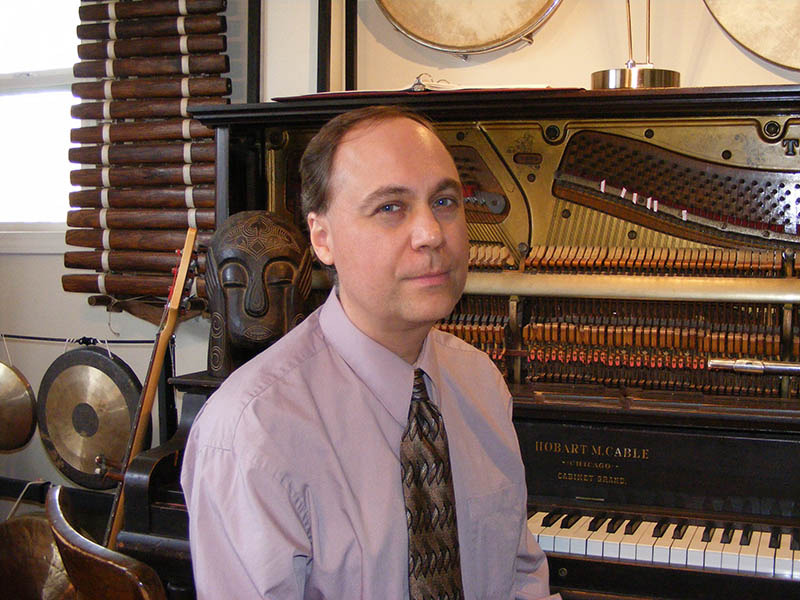 Mike Hovancsek in his home studio

Mike has been collaborating with musicians from around the world for most of his decades.  When the pandemic occurred, he adapted in order to keep operations intact, collaborating with people online - able to record his three previous albums (Merging Tribes, Vol. 1, Merging Tribes, Vol. 2 and Beyond Geography).  The orphaned pieces of these releases were woven together into one longer piece resulting in the first portion of A Walk Across The Day. Mike continued on with the renewed inspiration, adding on until it was satisfying, ultimately vying to create the experience of walking a long distance, with different sensory experiences fading in and out as one passes through them.

When asked about the experience of making his latest release, Mike reveals the inglorious nature of the process, "Most of the time when I record an album it is an exhilarating joy ride from beginning to end.  This album, however, was unusual.  On several occasions I set it aside out of frustration. I even thought about throwing the whole thing away and forgetting about it at various points."

Thankfully, Mike did not impugn himself too much, but rather graced the world with another chapter in an august, traversed career.

Mike’s latest release as well as his back catalogue can be found at https://mikehovancsek.bandcamp.com/album/a-walk-across-the-day.

J.C. Richardson is a songwriter, multi-instrumentalist, producer & erstwhile Kentster.  His music under the moniker Hope Street Church Mothers can be found on all streaming services worldwide. 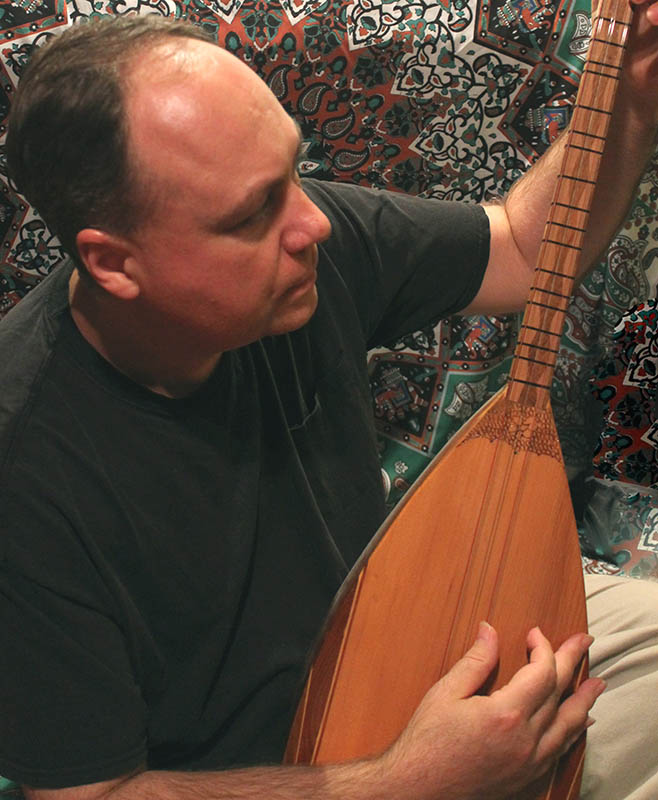 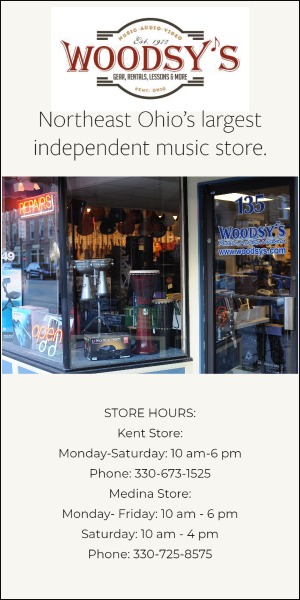